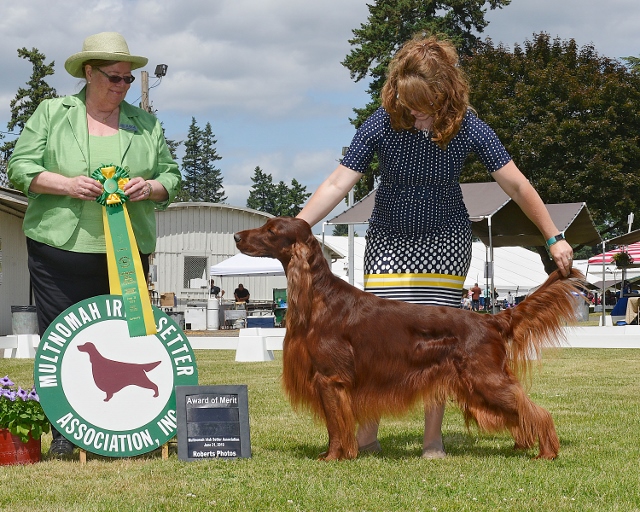 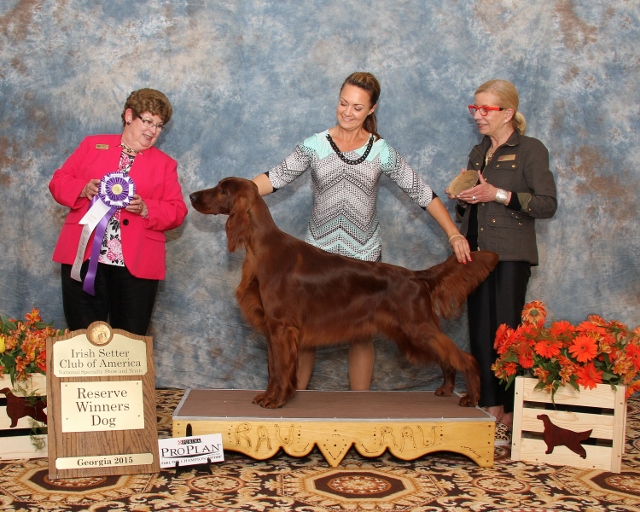 AT 13 mo LINCOLN WINS RESERVE AT THE IRISH SETTER CLUB OF AMERICA NATIONAL IN GEORGIA!
Thank you Handler Carri Beaver and Judge Sue Griffiths!
“The 12-15 1st place dog was clearly the standout, with effortless, floating movement, and was strongly considered for Best of Opposite in Sweeps. . . ”  Ginny Swanson, 2015 ISCA National Sweepstakes Judge 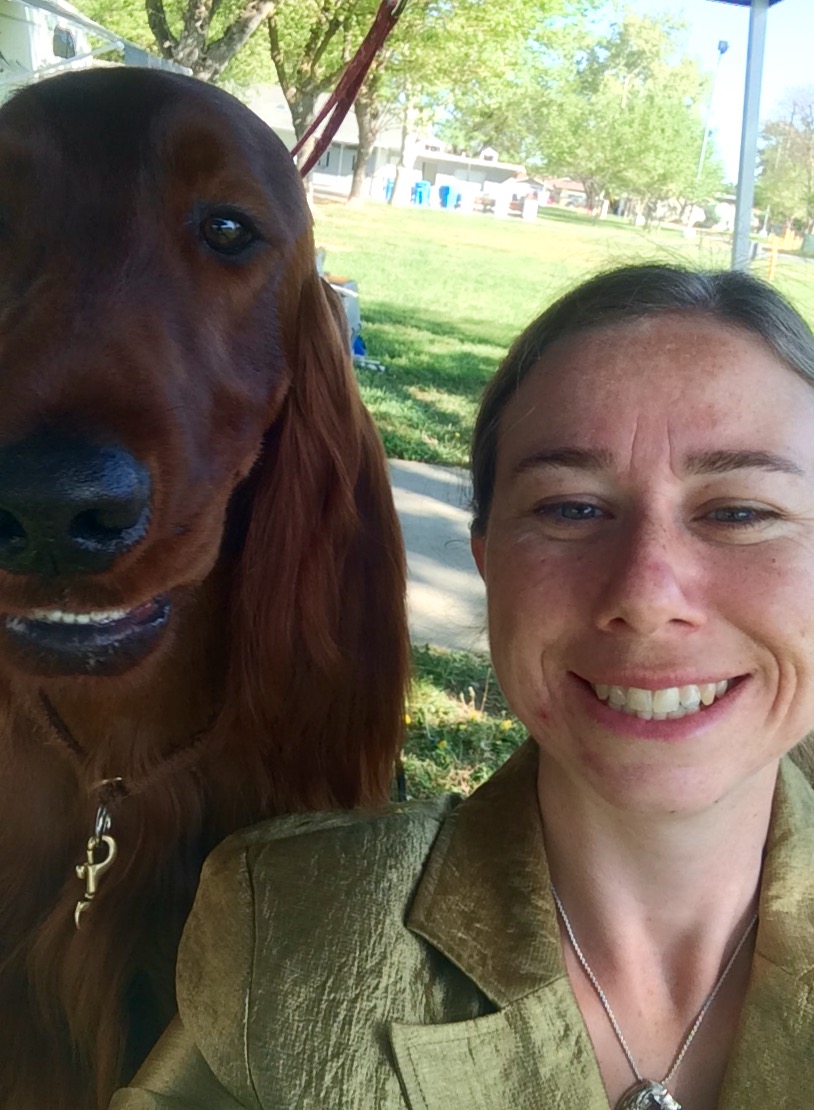 Selfie – Lincoln with another of his handlers Rachel Barnes

Achievements: Besides the excitement of his Reserve Win at the Georgia National when just 14 months old, Lincoln also won his HUGE Sweepstakes Class (thank you Judge Ginny Swanson) and won the prestigious 2014 annual ISCA Best Puppy Award and 2014 ISCA Reserve Dog award.  It all began August 2014 on his 6 month birthday at two Irish Setter Club of Seattle Specialties.  Lincoln won Reserve Dog both days, marching into the ring as if he’d been doing it all his life (living up to his name?) and we were thrilled.  So with encouragement we decided to limit his showing to specialties only with many long road trips to every specialty we could while enjoying new scenery and new and old friends along the way. With the help of friends and a few amazing handlers Lincoln entered a total of 20 Irish Setter specialty shows from August 2014 through October 2015 finishing his Championship at the Irish Setter Club of the Pacific specialty with 5 specialty wins.   The score card:  Lincoln went Reserve Winner at 10 specialties (including the National) and Winner’s Dog at 5 under highly respected breeder judges.  What is most appreciated is the consistency of his accomplishments before so many different judges and with several handler changes due to the many locations travelled.  We have so enjoyed this young dog.  He’s an easy traveler, friendly with everyone, a big runner in the field with a great nose, yet a sweet and calm snuggler in the house.  Barn Hunt is our latest interest where he’s “pointing” the rats just as if they are birds in the field.  Lincoln’s is from our tenth litter.