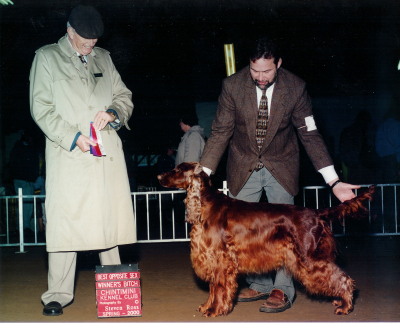 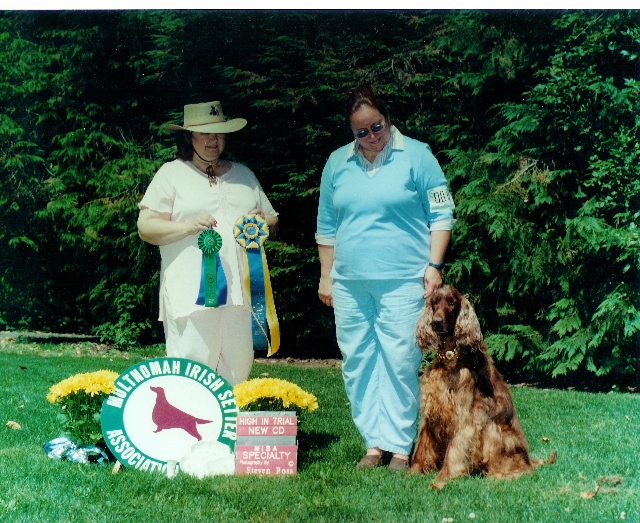 In the Obedience Ring 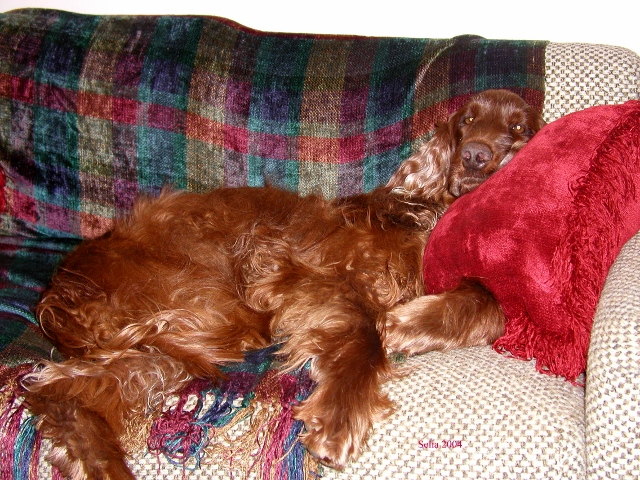 Achievements:  Selia was a strong solid girl that became Laurie’s next show dog.  Unfortunately she was unable to conceive puppies herself despite several tries, but doted on her sister’s pups and helped nurse them.  Not interested in hunting Selia loved the show and obedience ring — or anywhere close to Laurie.  She was very much like her Grandma Colleen both in looks and temperament.  And like her grandmother she loved to swim and wade in the water (in total contrast to sister Whitney who hated the water).  Given the nickname “Silly” out of affection, Selia was actually very clever and learned obedience routines quickly and reliably.  Once a Judge admonished Laurie for the nickname, suggesting it would give Selia a complex!  We’re sure she thought the name was funny, and that humans are the silliest of all.