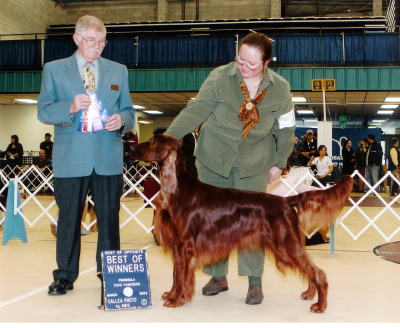 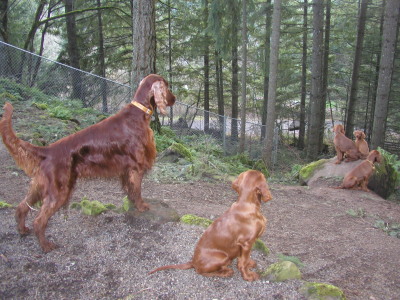 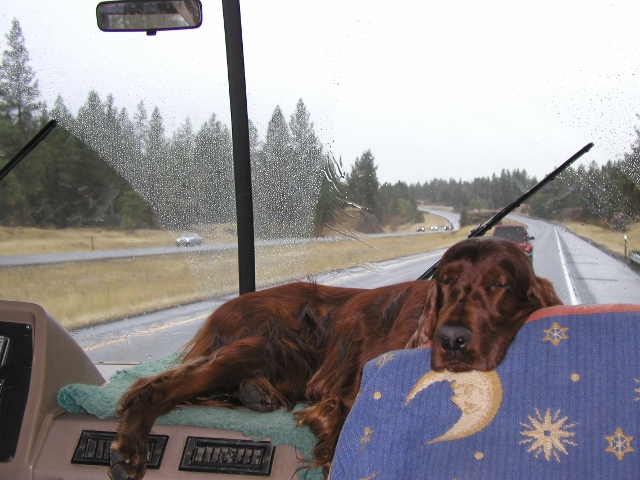 Patrick’s favorite spot in the motorhome – close to Bob

Achievements:   Patrick was our St. Patrick’s surprise from his elderly mother Kelsey who wasn’t supposed to have more puppies.  A singleton puppy he was unusually independent, strong willed and exceptionally smart.  Patrick was a “man’s dog”.  Hard working and comfortable around equipment he went everywhere with Bob and could be trusted to stay out from under foot and ready to help.  Patrick didn’t believe in the need for leashes or crates and was dependable anywhere.  He rescued Bob during a health scare.  Tough and strong himself he could also be rough with puppies who misbehaved, but was their eternal guardian against owls, cougar or other predators. We remember the time he rescued young Harry Potter, who worshipped his uncle Pat, from the swift Missouri River current during a camping trip.  Pat, a strong swimmer, just swam out and plucked the frightened Harry from danger.  Patrick came naturally to hunting and his strong smooth movement won him both Canadian and AKC Championships quite easily.  Although he’d never gotten into a dispute with his rollicking father Dawson, Patrick did have some conflict with his younger half brother Tully.  This taught us an invaluable lesson on how to deal with pack dynamics and hierarchy.  We learned not to separate dogs who are quarreling over dominance but instead work them together as a team and they will become comrades.