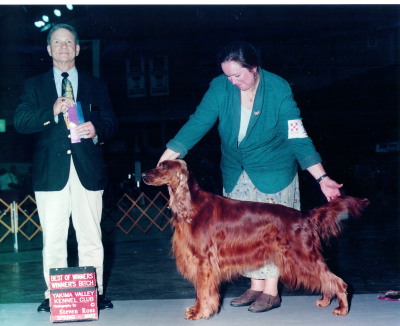 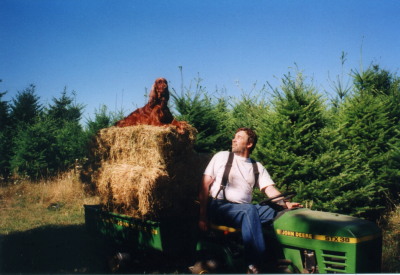 This is how an “Irish Princess” performs farm work. .. . 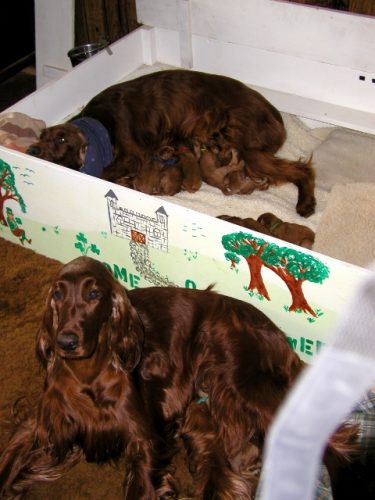 Achievements:  Whitney loved hunt tests and had a staunch perfect point from a great distance.  In one test handler Laurie was extremely worried when the Judges had their view blocked of her point, so had Whitney “called back” to show them how she pointed.  Performance anxiety set it.  A huge crowd gathered to watch how we did.  Whitney was sent out, and in just a few passes caught the bird’s scent and locked on a picture perfect classic point.  As Laurie walked in to flush the bird Whitney didn’t move a muscle, only rolling her eyes sideways to Laurie acknowledging that Yes she was doing it right and wouldn’t break until told to.  Applause from the crowd!  Unlike the majority of her family Whitney hated water.  In contrast to her field work, she was otherwise a “princess” loving to dress up in bangles and bling, ride in carriages, and enjoy the luxuries accorded a beautiful and affectionate Irish Setter.  Whitney lived a long healthy life just a few weeks shy of her 15th birthday, and daughter Blaze and son Tully maintain her royal traditions.  Whitney and sister Selia were from Clarendon’s 2nd litter.