In the Show Ring with handler Jaime Johnson 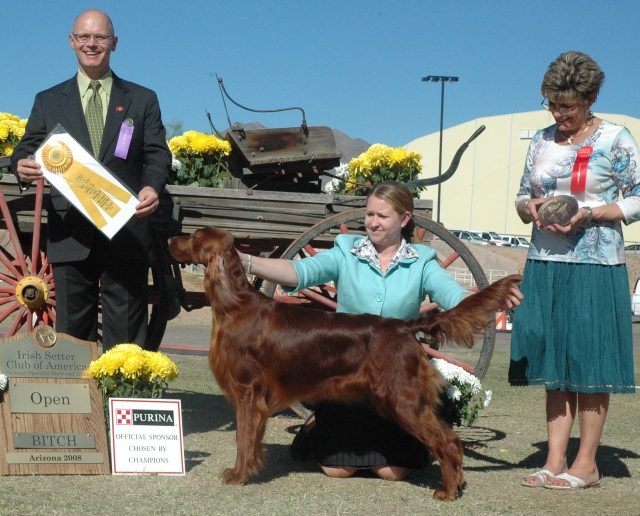 CJ in the Field

Achievements:  C.J. is the matriarch of the Clarendon clan, but at 8 years of age relinquished her Alpha position to daughter Fallyn.  C.J. has always been absolutely devoted to Laurie. In her younger days she was an avid hunter with a lovely point and great nose. But she eventually decided hunting was not fun if it meant being more than a few feet away from Laurie. This also posed a problem in the show ring as C.J. would not perform for a handler if Laurie was within sight or smell . . . We were the ones hiding behind vendors or corners attempting to watch from downwind (along with a few friends sharing the same problem!). In our breeding we have tried to produce dogs having both “substance” of bone and a strong smooth topline. We are sticklers for proper “going and coming” movement which makes for a sound field dog, but also want the smooth big side movement prized in the show ring.  C.J. possesses all of these attributes as well as a strong straight tail carriage. Hers was our seventh Clarendon litter.